The story of Silent Night begins in the beautiful city of Oberndorf,Salzburg, Austria. In the splendor of that baroque city ruled by the Prince Archbishop, a simple weaver named Anna lived. Anna, alone in this world, was of very modest means with little hope of raising her lifestyle or even marrying. One day she fell in love with a soldier, stationed in Salzburg. In a fling, she and the soldier conceived a child, who was born on December 11, 1792. However, he took no responsibility for his child, and left Anna and the baby to fend for themselves. Nevertheless, Anna gave the soldier’s surname to her baby, whom she named Joseph Mohr. Being an unwed mother with a bastard child, Anna knew the scorn and rejection of society. She finally asked the city hangman to be the godparent to her baby Joseph. 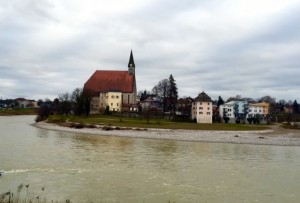 Anna provided as best she could for Joseph and realized that a good education would give him the hope of a good future. The local parish priest recognized his brightness and his singing ability. He arranged for Joseph to attend the famous abbey school of Kremsmunster. There, young Joseph excelled in his studies. He later realized he had a vocation to the priesthood and entered the seminary at the age of 16. Finally, when he was ready for ordination at the age of 22, Joseph needed a special dispensation since he had no father. 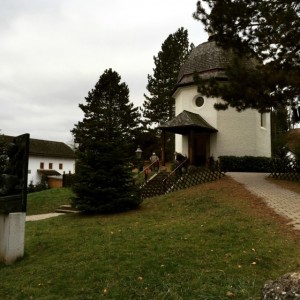 Joseph Mohr was assigned as the assistant pastor at St. Nicholas Church in Oberndorf, about 10 miles northwest of Salzburg on the River Salzach. (The church of St. Nicholas was destroyed by flooding in 1899, but a memorial chapel stands there today.) The parish was of very modest means, and the pastor was strict and frugal to say the least.

Here Father Mohr became friends with Franz Gruber. Gruber was the son of a weaver, who had little appreciation for music. Franz was expected to follow in the trade of his father. Despite his father’s disapproval, Franz began playing the guitar and the organ. 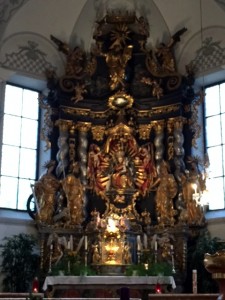 The parish priest allowed Franz even to practice in Church. His talents too were recognized, and he was sent to school for formal music training. He eventually settled in the town of Oberndorf, working as a music teacher and raising his family of 12 children. Mohr and Gruber shared their love of music, and both played the guitar.

On December 23, 1818, with Christmas fast approaching, Mohr went to visit a mother and her new born child. On the way back to the Rectory, he paused by the river and meditated on the first Christmas. He wrote a poem capturing the essence of that great faith event, and called it Silent Night, Holy Night. In his composition, he captured the ineffable mystery of the incarnation and birth of our Lord: The holy infant Jesus, who is Christ the Savior, Son of God, and Love’s pure light, was born of Mary and filled the world with the redeeming grace from Heaven.

Upon his return to the parish, he was confronted with the news that the organ was broken. Voracious mice had eaten through the bellows, disabling the wind system necessary for the pipes to produce music. Being so close to Christmas and without sufficient funds to 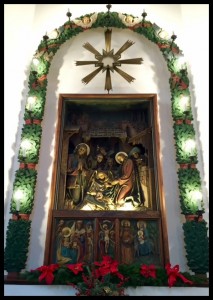 consider repairing the organ, the people feared that Midnight Mass would be silent. Father Mohr rushed to the home of his friend, Franz Gruber, and shared his plight. He handed Gruber the poem, and asked him to write a melody for it to be played on the guitar. Franz Gruber completed the task in time. At Midnight Mass, 1818, the world heard for the first time the simple yet profound song we know as Silent Night.

The song was well received, and quickly spread throughout Austria, oftentimes being called simply A Tyrolean Carol. Frederick Wilhelm IV , King of Prussia, heard Silent Night at the Berlin Imperial Church and ordered it to be sung throughout the kingdom at Christmas pageants and services. Ironically, the music gained fame without any attribution to its composers. Some thought Michael Haydn, the brother of the famous composer Franz Joseph Haydn, wrote the piece. Frederick Wilhelm, thereby, ordered a search.

One day, the king’s agents arrived at St. Peter’s monastery in Salzburg, inquiring about 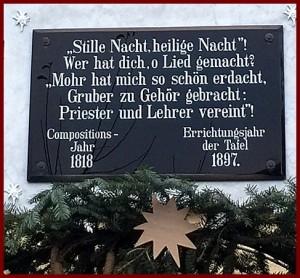 the composers of Silent Night. Felix, the son of Franz Gruber, who was a student there, approached them and told them the story behind Silent Night and directed them to his father, who was now the choir master of another parish. From that time on, both Mohr and Gruber were credited with Silent Night.

Complete lyrics
In German and then English